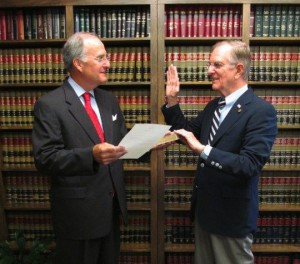 The Commission was established by general statutes of the State of North Carolina in 1960 to provide an organization whose charter was to oversee the administration and operation of the battleship as a permanent memorial and exhibit for the State’s WWII.

Jonesâ€™ civic activities also include the Wilmington Downtown Rotary Club, chairman of the Friends of the Battleship North Carolina, and the Hannah Block Historic USO/Community Arts Center Advisory Board. In 2012 he received the Lifetime Achievement Award from the Wilmington StarNews Media.