Did Germany attack the Kure Beach Ethyl-Dow chemical plant in 1943? 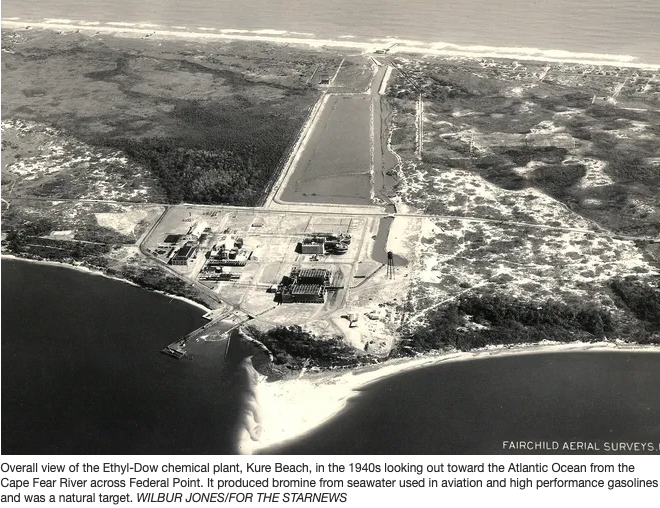 The rounds landed in the Cape Fear River near Brunswick County.

I believe this happened, and thus was the only German military attack on America during World War II.

Reaction gathered believers and skeptics, from “sure” to “mythology,” enlivening speculative interpretations: It did, or did not.